The hotel in question is one of the world’s most famous hotels based in London’s West End. The hotel’s global reputation attracts celebrities, world leaders, politicians and royalty from all over the world. As such, customer service paramount – but so is hotel security. The horrifying Mumbai attacks at the Oberoi Trident and Taj Mahal and more recently in Paris have led to increased security measures at many of the world’s leading hotels, as it becomes clear that they are specific targets. In the light of these recent events, the hotel owners ordered a full security review. Through a referral, Amax were contacted as we not only provide the best integrated hotel security systems, but also specialise in business intelligence systems. These monitoring systems can increase profits by showing where all aspects of day-to-day operations can be improved, as well as reducing wasteful or dishonest behavior.

Amax showed how both security and operations could be dramatically enhanced and how other department could also benefit from the advanced features of the system.

Firstly, Amax created a scheduled plan of works. At the core of the new systems were hi definition mega pixel CCTV cameras, linked to Video Analytics software tools or VMS (Video management Systems). After a thorough analysis of where cameras should be placed, what type of camera and the area to be covered, structured cabling work was done to support the system. As an English heritage site, all work had to be done unobtrusive and in harmony with the buildings lavish architecture and decor. The works also had to be done whilst the hotel was fully occupied. Amax worked closely with the in-house maintenance team to deliver the works as discreetly as possible.

Next came the in house servers to support the system. The old system used six IT centric servers running just over 200 cameras that was found to be laboring. Notwithstanding the space required, electricity draw and high maintenance of these servers, we found that they were also exceeding the Manufacturers performance recommendations. Two new state of the art high throughput servers specifically built for video monitoring and hi-definition surveillance systems. The superior bandwidth allows multiple hi-def cameras to be connected, alleviating the restrictions of the standard servers. Instantly providing (ROI) return on investment by reducing electricity by over £1,500 per annum and significantly reducing the resources and space needed to manage the hotel security system.

With the advanced technology installed, this allowed Amax to propose integrating various security systems within the hotel, demonstrating how this could enhance operational use.

The following systems were then integrated into the VMS platform:

Easy to use, and accessible everywhere

The resultant systems have another great benefit. Although technically complex, this is very much all behind the scenes:
“The systems are intuitive and incredibly easy to use with operators up and running within a matter of minutes, providing eyes everywhere, it’s easy to manage every aspect of very large sites in a pro-active rather than re-active way.”

Security is essential, but the day to day running of the hotel as efficiently as possible is where the system really shines and brings real commercial results. This is where Amax’s solutions leave traditional security behind and deliver real business intelligence.

“At world class hotels customer service is everything”

The hotel requires that high profile guests always have the perfect stay and that every interaction with the hotel is of the highest quality. How can an intelligent security system support this?

Clear return on investment is evident as it allows the hotel to closely monitor all aspects of their business to improve profitability.

By investing in an easy to use system, with eyes on all aspects of your operations and hotel security, large sites are easily managed and the ROI hard to beat. 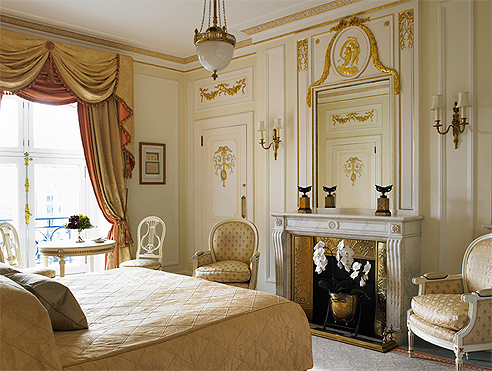 Amax can help monitor your rooms, staff, customers and luggage.

Find out more about how Amax can help your hotel security, customer service and bottom line, call us today on 020 8427 2242

What our clients say:

The service that Amax Security provides to Harefield School is professional and efficient. It is a reliable company that I would not hesitate to recommend to others.
Head Teacher, Harefield Junior School