The client: Oakland College – a multi-campus site with nearly 10,000 students 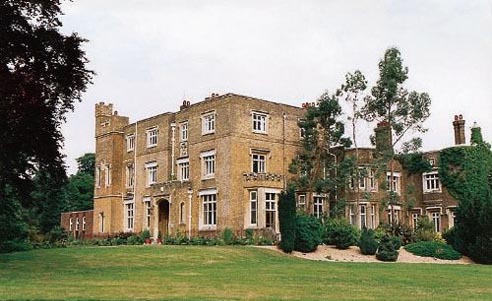 Oaklands College is a large further education college in Hertfordshire with campuses in St Albans and Welwyn Garden City. The college offers around 1,500 full and part-time courses to nearly 10,000 students who come from Hertfordshire and further afield. The college is committed to providing a safe environment for their 10,000 students across their extensive campus and grounds. The college also provides extensive sporting facilities and is used by professional clubs, visiting teams and associations and clubs.

The existing college security system was somewhat outdated and there was also some reluctance to embrace new technology, as it was felt it could be an invasion of privacy. However, after numerous late night student antics and more serious disturbances, Amax were contacted to advise on how to better monitor and better secure both the St Albans and Welwyn Garden City campuses.

Work started quickly, by moving the existing cameras onto the new IP infrastructure platform, so that the images could be analysed by the Avigilon Video Analytics software system. However, it was soon realised that the older cameras could not provide the resolution needed and some cameras were replaced with the latest Avigilon mega-pixel cameras. These delivered great image clarity at great distances, all at evidential quality. This leap forward led to the whole system being upgraded with the new Avigilon cameras.

Over a 12 month period, all the older Mobotics cameras were replaced with Avigilon mega-pixel cameras, servers and central monitoring locations were upgraded, primarily at the St Albans campus. The Welwyn Garden City campus was then integrated into the system, so that both campuses could be monitored from a central location at the St Albans campus. The system could now identify any anti-social behaviour by students, visiting sport teams or the general public.

One of the great aspects of Amax solutions is the way that all security can be integrated together and controlled and monitored using CCTV feeds. By using CCTV to track all entry points to the campus and those with access control systems, the whole campus can be made more secure for all users. Amax installed access control, using Avigilon alongside the CCTV for a fully integrated solution covering:

In addition, Amax fitted access control on the barrier to the staff and visitor car park at Welwyn Garden City. This means that the client can know how many cars are using the car park at a given time, and knows the number of spaces taken and available. They can also monitor abandoned cars.

Amax also linked the access control to the student database using LDAP integration, instead of having two separate databases. The information was all now in one place for ease, especially when making corrections to contact details and there is no need for a dedicated server – saving the client time and money. The access control is VMWare and also made by Avigilon.

Finally Amax installed an anti-passback system. This prevents a cardholder passing their card back to a second person to gain entry into the campus buildings. If a visitor leaves no record of him coming in, this system creates an alert. A hard anti-passback stops the person leaving, soft allows them to go. Both are tied to the CCTV and the person receives an email warning, automated through the LDAP integration or the Avigilon database. This anti-passback technology allows Oaklands to control areas of access effectively, and keep security on campus tight, 24/7.

The client was immediately able to see the benefit of the new integrated systems that we implemented. The management now saves time – when CCTV records an issue, they can be on the scene in seconds. Checking the access control log then reinforces a case.

A safer campus with an easy to use system

The integrated security delivered to Oaklands was extensive, thorough and complex. However, the great benefit of the Amax security designs is that once the requirements are defined, installed and configured, the system is incredibly easy to use. Operators can be up and running within 20 minutes and can then monitor and manage the entire campus across two locations.
The proactive easy to use systems have brought a whole host of benefits by tying video analytics to images and access control in one seamless intuitive system.

The work at Oaklands represents ground breaking technology, protecting and managing large sprawling sites with multiple uses and visitor types. As the college grows and develops, the system can easily adapt too. In short the college now benefits from a whole host of improvements:

What our clients say:

Amax are a forward-thinking company focussed on the highest level of customer care and delivering beyond expectations.
Jonathan Dixon, Dominion Theatre